Yesterday was the ICC Symposium at the Hong Kong Design Institute. We were expecting about 450 participants, and over 700 attended. The large auditorium at the center was filled, and they stayed all the way to the end. We were nearly overwhelmed by the success of the event. 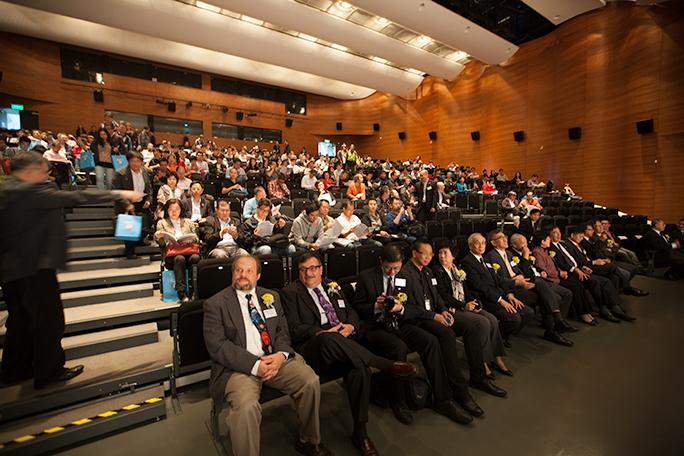 This was the scene as the auditorium filled before the ICC Symposium. Eventually the entire hall was filled by printers, designers, students and members of the graphic arts community of Hong Kong.

On Tuesday we rehearsed our program, and toured the PROAct printing training center and the Advanced Printing Technology Center, both organizations which were involved in hosting the symposium. Each of these events was punctuated by a huge meal with a lazy Susan in the center of the table, and a seemingly endless supply of specialty dishes being brought and consumed by the group.

Wednesday morning arrived pretty early, and we all shuttled over to the HKDI for our live presentation. Members of the Kong Kong government attended, the Director of the Hong Kong Printers Association gave the introductory speech, then we each stepped up to make our presentations to the audience. 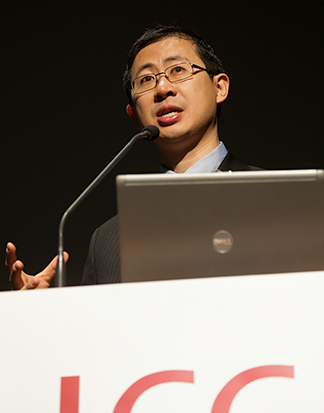 William Li of Kodak is the co-chair of the ICC. He gave an introductory talk about the organization and its mission, then talked about color management of hybrid process work flows.

ICC is the International Color Consortium, the group that brings us color management technology, profile specifications, and instrumentation guidance. The group was founded in 1993 by a small number of companies interested in establishing a scientific approach to managing color in computing, printing and publishing. The non-profit, non-partisan organization continues to this day to provide the science and math behind color management, and they continue to advance the state of the art with regard to color. 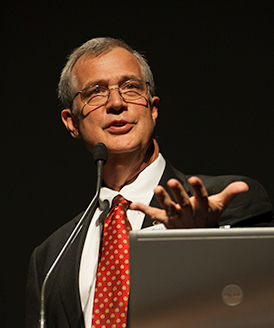 Steve Smiley made a presentation about the importance of color in brand management and package printing. His visuals showed how a job printed badly, or without regard to color management can cause the consumer to choose a competing product.

The topics were focused and impressive. Isaac and Seymour described how to measure the basic behavior of a printing press, and how to characterize its readiness to be profiled. Steve Smiley spoke about brand management of printed products, and the importance of color in consumer packaging.

After a question and answer session we took a lunch break, then the afternoon was begun with a presentation about color management and photography by Tom Lianza. He was followed by a discussion of the current and future developments of ICC-Labs, and the work being done by the Consortium to move color management forward. Kin Lam then described how he and his team at Time Magazine took Time to the iPad. He described the difficulty of getting the electronic versions of the magazine published in tablet formats, and of the process they used to make the online version of Time a success. 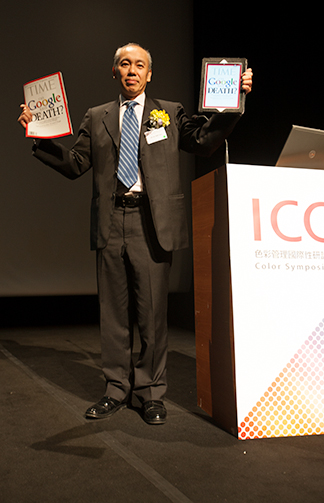 Kin Lam presented his work with Time Magazine in moving the printed edition to a tablet edition. Here he holds the same edition of Time in print and on the Apple iPad.

Another question and answer session completed the symposium, and then we went out for another sumptuous Chinese dinner that lasted hours and involved a whole lot of foods on the lazy Susan, again. It was spectacular. 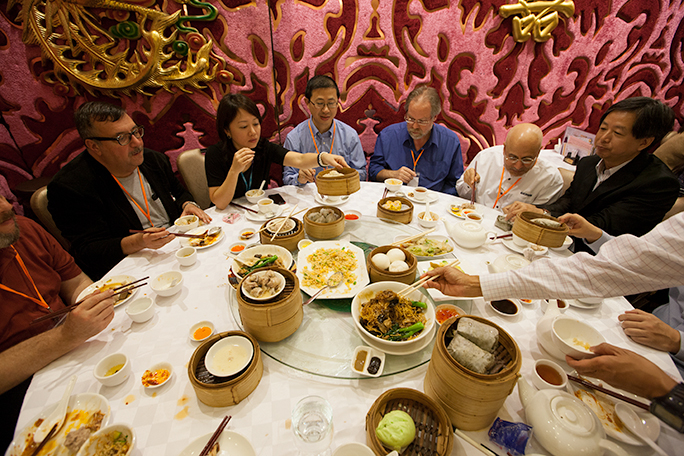 Dim Sum, and many (many!) fungi were brought to our table for lunch on rehearsal day. This was a tradition we kept running until late last night. And, I suspect we will repeat it again tonight after our printing plant tours. Cheers!

Today we are headed into Mainland China to tour three printing plants. I will report back after the day’s adventures about what I see and what I learn.