The brave and short life of Daniel Coudray 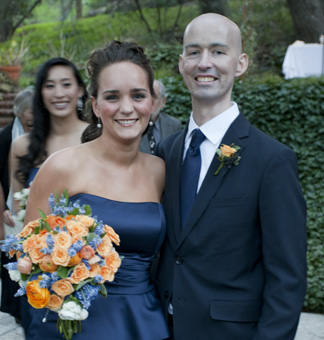 Daniel Coudray and his sister Celine at their sister Patrice’s wedding in January.

Over the years Daniel worked in his father’s screen printing plants, loading and unloading shirts, making screens, washing-out and washing-up. He did whatever it took to help his father and his family to succeed. Sometimes he was up all night, working side by side with his dad to meet a particularly difficult deadline, or to test a new printing procedure that would yield better quality or better productivity.

Sometimes I had the privilege of coming in to check on the progress of these all-night missions. Sometimes I was their customer. Usually I was just a friend of the family.

Daniel was athletic, intelligent, and he sought great things. I remember that he wanted to be a military aviator after college, and I remember him dancing at his sister’s wedding last January. He loved the Boy Scouts, he loved motorcycles, and he loved a good political debate. Our last was last Christmas, when Daniel and his sister were in our home. We talked about everything under the sun, and we ended our conversation on the topic of health care, a topic that was very important to Daniel. 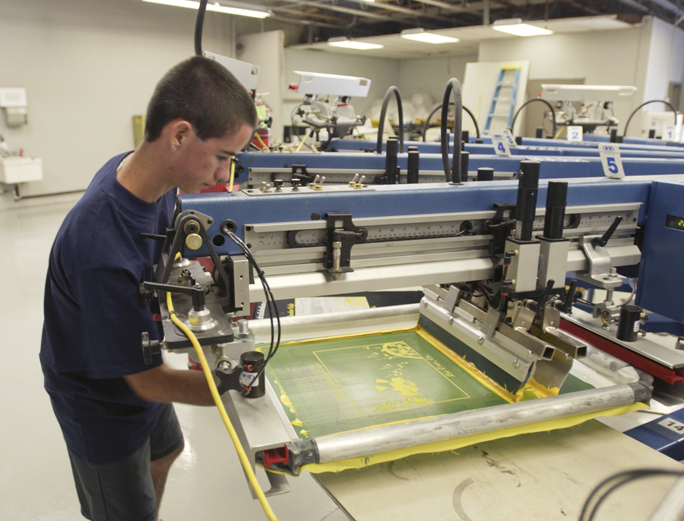 Here Daniel is cleaning the underside of a screen on his father’s M&R Gauntlet screen printing press. This photo is from August, 2002.

What stopped Daniel from his many dreams was leukemia, a particularly rare form of the disease which struck him suddenly two years ago. He was taken that night by ambulance 200 miles north from our city to Stanford Hospital in Palo Alto.

Anyone other than Daniel would not have survived the night with the astronomically high white blood cell count he had when he arrived there. But he was lean and strong, and his emergency room doctor suspected that his affliction might be leukemia; that’s why he made it to Stanford, and that’s why Stanford paid so much attention to Daniel over the following two years.

There were high points and low points, and there were several times when Daniel’s family gathered around perhaps to wish him their final words. But Daniel bounced back, sometimes stronger than ever, and he went home to live a “normal” life again. But his life was never really normal again. He continued to get blood transfusions, bone marrow transplants, and various forms of chemotherapy.

During his illness, Daniel’s mom Joan stayed nearby, living in an apartment adjacent to Stanford Hospital, then at home when he made his way back, then at UCLA Medical Center, and then home again. Joan suspended her life to support her only son while he was going through this ordeal.

A few weeks ago, Daniel’s oncologist told the family that there was nothing else that the medical profession could do for Daniel. Various therapies were ineffective or unavailable, and that he would have to cease the chemo treatments. It was a rare house call, and that he did not bring good news.

So Daniel and his family decided to make it last as long as possible. They had visitors, and the whole family got together to support Daniel. He got stronger, his hair started to grow back, and he looked good. His sisters returned to their homes and families, and life was OK for a few weeks. Daniel made a presentation at his high school, telling the students about his ordeal, and his hopes for the future.

Then, last week, Daniel was taken by ambulance to our local hospital. His white blood count had returned to the levels he had reached two years ago. He responded to one antibiotic, but his body was wracked by infection.

And, last Thursday at eleven in the morning, the hospital sent Daniel home. They were unable to do anymore. Daniel was, according to his father Mark, “80 percent with us.” He was having coherent conversations about his family, while parts of their conversation were peppered with his visions of another dimension.

He remained in that state Friday, talking with his sisters and his parents until after midnight. And on Saturday morning he died.

It was a heartbreaking end to Daniel’s short and brave life.

It was my honor to have counted Daniel as a friend.

Oh Daniel, we will miss you.

2 Responses to The brave and short life of Daniel Coudray