365 days taking photos of a mountain

On Thursday morning this week I set up my time-lapse camera on the roof of the Kennedy Library at Cal Poly, San Luis Obispo. It’s facing almost due-west toward a mountain named Bishop Peak, which stands over the city of San Luis Obispo at an altitude of 1559 feet. The camera is going to take one photo every five minutes from now until next year. It stops at night, starts before the sun comes up every day. 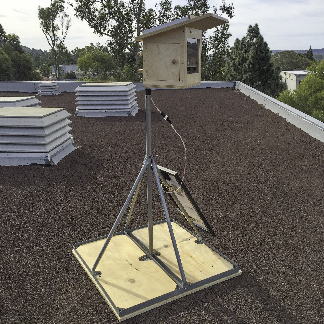 The camera is a Canon T5, controlled by a Raspberry Pi computer in the box with the camera. It has three solar panels to provide a charge to the battery in the box. The entire unit is self-contained. I plan to let it run for about two weeks at a time when I will visit the camera to change the memory card. The memory card is big enough to accommodate months of photos, so my visits are only necessary to pick up the images and start processing them. 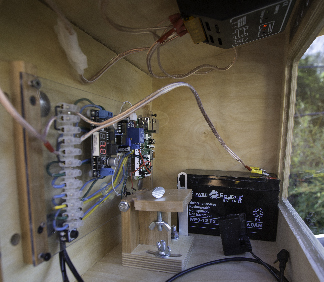 This is the interior of the camera box. In the back is the battery, on the left is the circuit board, and at the top is the charge controller. The camera mounts on the wooden device in the center.

Ultimately the photos will go into an aluminum frame that will grow during the year. I plan to make the photos into prints on aluminum sheet, 5 x 5 inches in size. I will occasionally populate the aluminum frame with more photos, and eventually it will grow to a complete rectangle with 365 images in it. The frame will be mounted on the wall of the Baker Center at Cal Poly as public art. 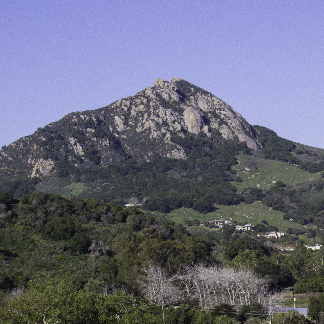 This is the photo the camera takes every five minutes. As the seasons change, the green will turn to California gold, the skies will change, and the image will be quite different. It should be interesting!

The circuit board I built is a sheet of polycarbonate plastic with the components mounted on it. I drilled the holes for the electronics and wires on my CNC routing machine, and I built the board by soldering the wires from component to component on the board. After the board was built, I struggled for a solution to triggering the camera (as described in my previous blog). I ultimately solved that problem by making an electronic relay to power a mechanical relay to trigger the camera. 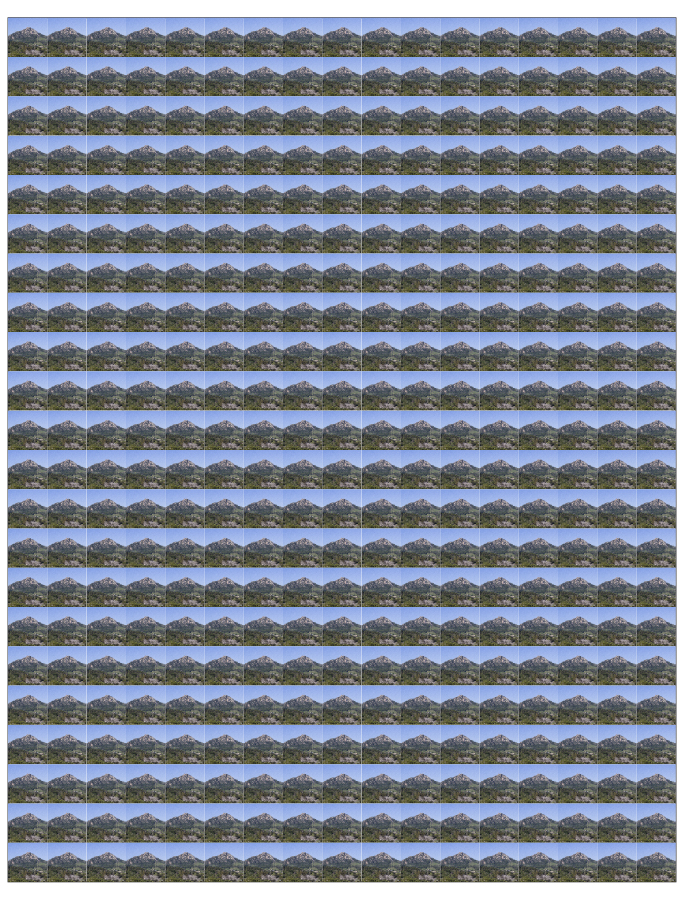 This is my simulation of the 365 images in their final frame. The final frame will be seven feet wide and nine feet tall with the images in it. (Update: The design of the display changed mid-project to look like a big calendar – much better)

I am building a back-up circuit board now, with all the components of the original. On the back-up board I am using a solid state relay that might (I have not tested it yet) be able to trigger the camera without needing the electronic switch to power it.

Setting the camera up on the roof of the Kennedy Library was relatively easy. Someone had left a satellite dish mount on that roof sometime in the past, and that mount was still up there when we went up to check the site. I commandeered the unused mount, and designed my camera box to attach to its 1.25 in. diameter center post. I had to make a plywood pad for the bottom, and two plywood inserts to hold concrete blocks that we added after the camera was in position. The entire thing now stands on the roof, with the camera clicking every five minutes. 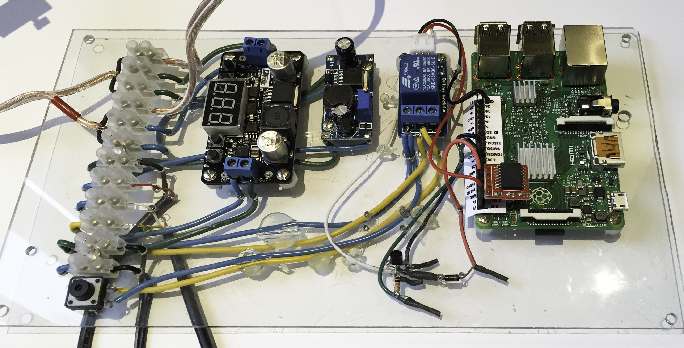 This is my finished circuit board with two power supplies, the relay, the electronic switch, and the Raspberry Pi computer on the right. Power comes in from the upper-left.

The idea of taking the same photo 192 times every day for over a year is admittedly strange, but since I put the camera up, we have had one day of clear blue skies, one of dense morning fog, and a third of drizzling rain. The plan is to document the mountain in all light and weather, then show the most interesting and beautiful photo taken each day. Some of these will be solid gray rectangles, of course, but that’s part of the story.

As I build the images (I have not started the frame part of the project yet) and start loading them into the frame, I will post another blog.

And if anything goes wrong, I will certainly tell that story here also. I hope that the next year and nine days are completely successful.

Read the next installment of the Bishop Peak Portrait Project here: A new circuit board