Can’t we just have it the way we used to have it?

I paid hundreds of dollars earlier this year to buy the Creative Suite upgrade. Mostly what I got was the new (and very exciting) black interface. Which is really dumb.

Fortunately they allow me to change it back to the old white interface.

Adobe did add a few new features to each of the applications, some of which I really like.

And they took some away from Adobe Illustrator, which I really don’t like.

The one that I don’t like the most is a nice feature that used to work in Illustrator, but doesn’t work anymore. It’s in the dialog boxes of the primitives tools like the Rectangle tool, the Ellipse tool and others. 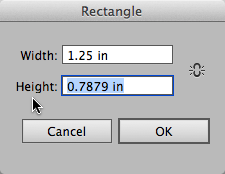 When using the Rectangle dialog, above, it used to be possible to enter the dimension in one entry, then just click once on the other dimension’s title. This caused the same value to be entered in the other space, saving the trouble of having to type it twice. This no longer works in Creative Suite 6.

If you want to draw a perfect square using dimensions, you Option-click on the page with the Rectangle tool, then enter the width – or the height – into the dialog. Then, in previous versions, you could click on the name of the other dimension, and Illustrator would automatically ente the same number in that space. This saved me a lot of time over the years, and I really appreciated it. In fact I often wished that the feature would migrate to InDesign and Photoshop, but it never did.

And, unfortunately, Adobe took the feature away from Illustrator 6.0. I mourn its loss. PLEASE PUT IT BACK, Adobe!

And, there is a bug in Illustrator CS6 where text does not behave correctly when selected as it is in other Adobe applications. If I click on one end of a text block, then shift-click on the other end of the same text block, the application does not select the text between the two clicks. Curiously, if you try it a second (sometimes a third) time, it does work. That’s why I think this is a bug. 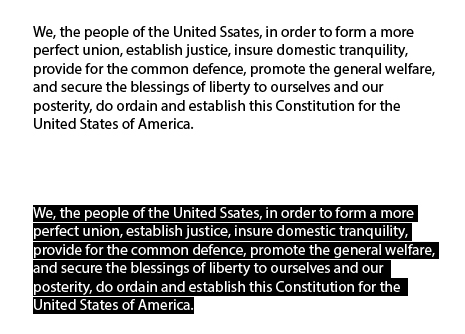 Normal text selection techniques include being able to click at one end of a selection, then shift-click on the other end, causing all the text between the two clicks to be selected. This doesn’t work in Illustrator CS6 until you try it twice, or sometimes three times. Then it works, which defines this as a genuine bug.

I know that managing software is a difficult task, and I am grateful for the things in the Creative Suite that do work, and work well.

Adobe has made a strong argument that their Creative Cloud is a good idea because they can update or repair software constantly if we subscribe to the cloud version of the Creative Suite. After giving this some creative thought, I think that it’s a pretty good idea.

I’m willing to make the leap of faith that the Creative Cloud will deliver the occasional solution to problems like those I describe above.

I’ll keep hoping that Adobe makes repairs to the bugs, and that they see the wisdom of replacing the feature that mysteriously disappeared from Illustrator.

Brian Lawler is an Emeritus Professor of Graphic Communication at California Polytechnic State University, San Luis Obispo and was a Guest Professor at Hochschule München from September, 2021 to September, 2022. He writes about graphic arts processes and technologies for various industry publications, and on his blog, The Blognosticator.
View all posts by Brian Lawler →
This entry was posted in Software. Bookmark the permalink.