An adventure in Lego photo mosaics

I am the father of a 25 year old young man who, when he was in his pre-teen years, was a championship Lego brick builder. Several times he won local Lego competitions, and his life seemed for several years to be constructed around the latest Multicore Magnetizer set, or the newest Lego pirate ship. He was obsessed, and we were proud and indulgent parents. The money we spent on Lego kits and bricks probably could have paid for a year of college tuition. Or perhaps it saved us a year of college tuition because he didn’t have to enroll in 3D Design classes or Strength of Materials.

As a result of our son’s passion for Lego constructions, I became interested in Legos and I helped a lot when he was building things. We visited Legoland in southern California, and we invested more of our after-tax pre-tuition dollars in brightly colored plastic bricks. We bought the books, and we enjoyed the joys of seeing our son build ever-more imaginative constructions of his Legos. 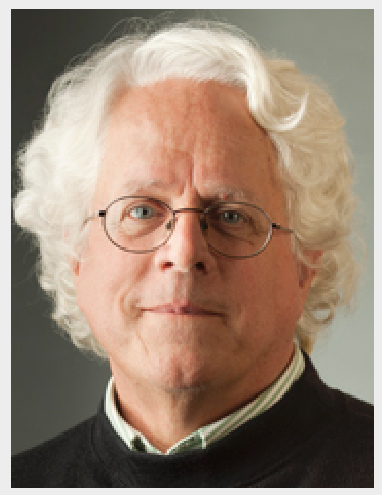 This is a low-res JPEG photo of The Blognosticator that was used for these Lego-mosaic images.

A long while back, on the Lego web site there was a product where you could upload a photo, and Lego would send you a kit of grayscale bricks and a pattern to build your photo in bricks. That product, alas, is no longer available on Lego’s web site. 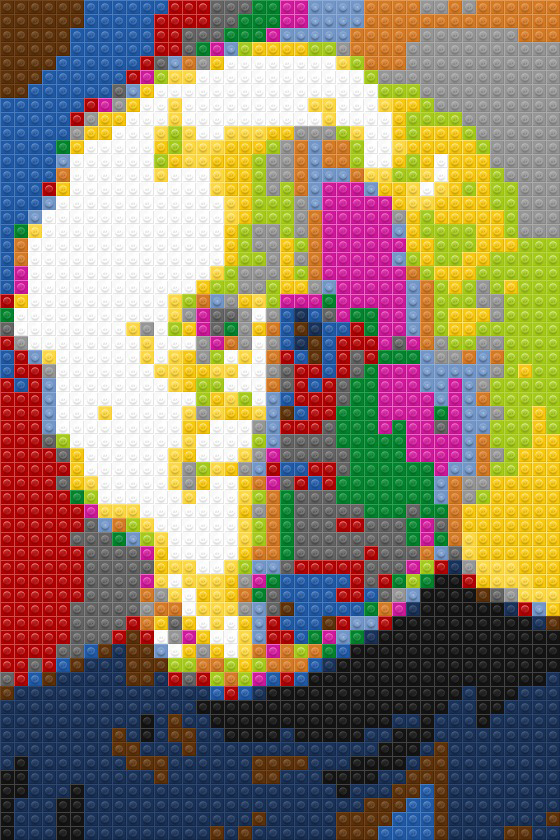 …and this is the image created by the LegoPhoto app on the iPhone. It’s pretty nice, and very realistic because it includes the little round connector buttons on the top of each brick.

But today, while doing nothing particularly important, I found two interesting applications. One is the (free) Lego iPhone app, called LegoPhoto, which converts any image into a Lego mosaic image. It makes wonderful images, complete with the details of the little round bumps on the tops of the Lego bricks. It also has an enchanting ability to change the color composition of each image, making a number of variations-on-a-theme from the mosaic you create. I uploaded my portrait and ran it through the app, then created six variations of the image and made those into a panel, shown here (Andy Worholesque imagery!).

These are the variations-on-a-theme created by the LegoPhoto app on the iPhone. I find the collection charming – even if it is made-up of images of my own countenance.

Then my mind started wandering and I found myself searching for a more sophisticated image program that can convert images into Lego mosaics, perhaps even into actual Lego constructions. I found one in an instant. It’s called Pic-to-Brick, and it comes from a pair of German software developers named Tobias Reichling and Adrian Schätz. The software is available for Mac and Windows, and it’s delightful despite a few small interface weaknesses. 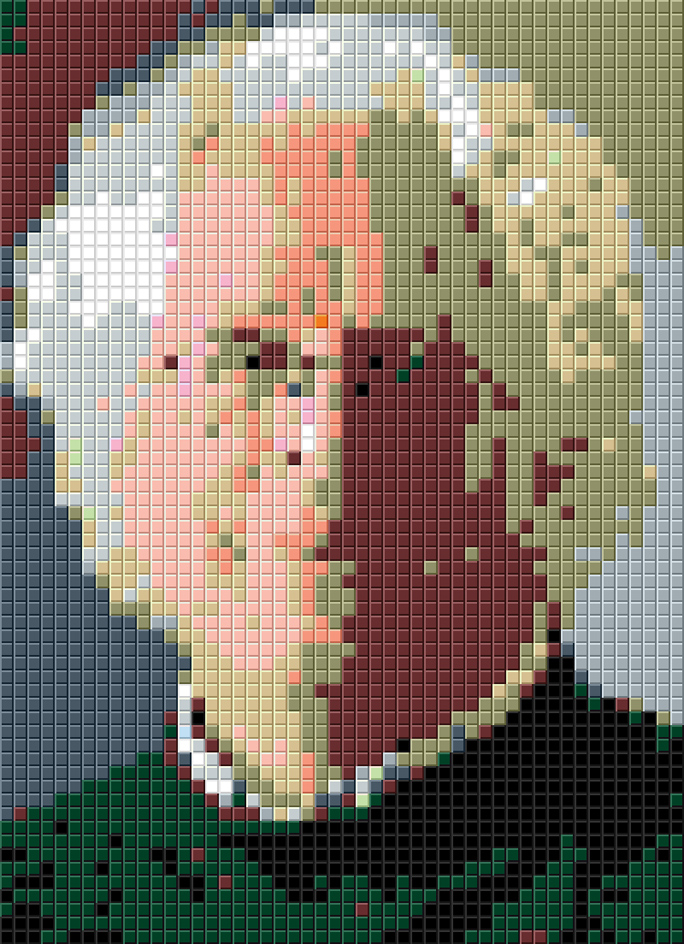 This is more sophisticated mosaic created by Pic-to-Brick software on the Macintosh. It is comprised of 3,450 individual “Lego” brick images in a variety of colors selected from the original image.

With a little experimentation (God forbid I should read the tutorial!) I was making some pretty cool images with the program, generating various color schemes and making screen captures. When you are finished, you can export a construction instruction list, and a bill of materials (in addition to a JPEG of the finished mosaic). 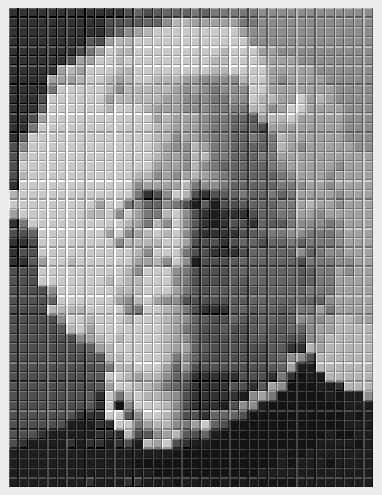 One of the options available in Pic-to-Brick is a grayscale version of the mosaic. It’s also very nice, and would make a lovely work of plastic art.

I like mine, and I thought it would be really fun to build it out of real Lego bricks. I went to the Lego web site, where you can order masses of Legos if you need them in a whole bunch of colors (14 stock colors are the easiest to order). And, though not every color in my mosaic is readily available from the Lego factory, most are, and I totalled it all up to make my 50 x 69 brick art piece. At the online price, this plastum opus would cost me (only) $345.00. 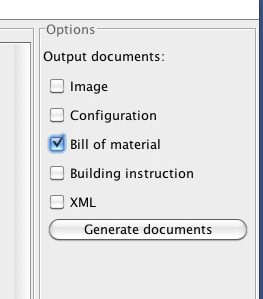 Pic-to-Brick exports a number of documents, all in HTML format, that can help you to order and build a construction of Legos if you can afford them in such quantity.

So, I stopped working on that angle and decided instead to write a blog about how delightful the software is, and how impressed I am with the output documents, the mosaics and the bill of materials. This is very cool stuff indeed; I just can’t afford to buy 3,450 Lego bricks to make my Lego self-portrait.

Brian Lawler is an Emeritus Professor of Graphic Communication at California Polytechnic State University, San Luis Obispo and currently Guest Professor at Hochschule München. He writes about graphic arts processes and technologies for various industry publications, and on his blog, The Blognosticator.
View all posts by Brian Lawler →
This entry was posted in Art, Photography, Software. Bookmark the permalink.

3 Responses to An adventure in Lego photo mosaics