In my blog last week I described how the Laowa lens had arrived, and how I illustrated it so that the world would have access to its dimensions.

I have been using it for several days now (though we were hit by an unseasonal rainstorm on Saturday and Sunday which spoiled some of my macro plans). 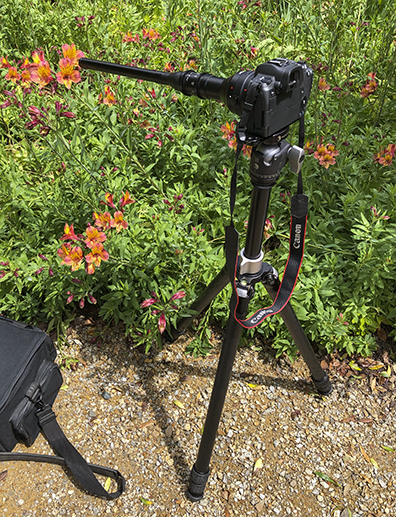 This is the Laowa lens on my Canon EOS R camera, mounted on my favorite Really Right Stuff tripod at the San Luis Obispo Botanical Garden. The snoot of the lens is very close to an Alstroemeria flower.

Wow! This lens is clever and curious. I took it today to the San Luis Obispo Botanical Garden, located north of town on Highway One. There I was able to put the lens to several close-up tests. I had a chance to try various aperture settings, and I shot as close as I thought it would go. It goes further than that. 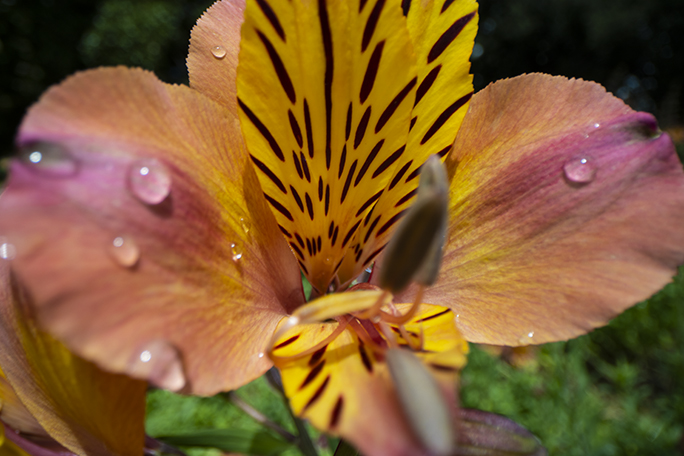 …and here is the Alstroemeria flower from the photo above. It rained overnight, leaving drops on the leaves of these delicate flowers. It’s a delightful combination of elements for a macro photo.

My only enemy today was the wind. Most of my photos were hampered by gusty winds moving the colorful flowers I had chosen as my subjects. Despite that, however, I ended up with some nice photos. 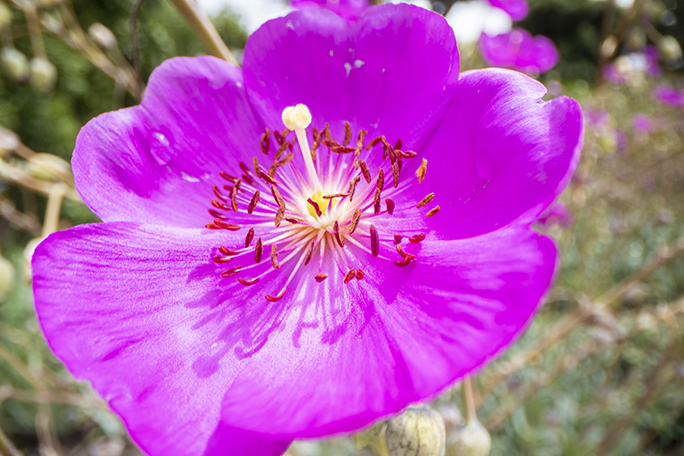 Pistils and stamens on display for all the world to see! I was very pleased by this image. It’s taken with an aperture of f22, which provides for more depth-of-field than the maximum f14 of this lens.

I enjoyed the combination of the Laowa and my new Canon EOS R camera. The best feature of that camera today was the fold-out viewfinder, which gave me the ability to focus on the LCD screen in several places where I would not have been able to get my eye on the viewfinder of a normal camera. It was a winning combination of camera and lens for me.

To say that the lens is a close-up is an exaggeration. You often find the tip of the lens inside the subject flower, which is quite amazing. But, if you consider that this lens will enlarge to 2:1, it is not surprising. 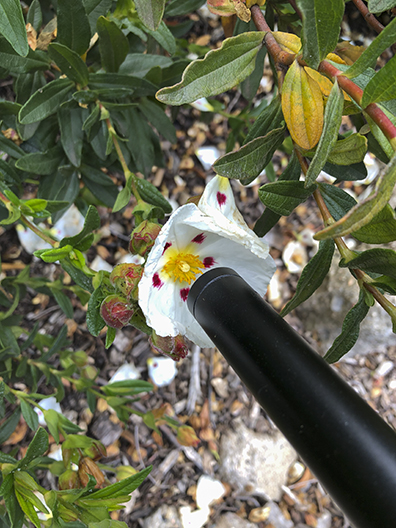 …and here is the Laowa lens inside a flower I was photographing. The wind caused too much movement on this one, so I did not get a good image of this flower.

I have four more days with the lens, and will see how far I can push it. I don’t plan anything wild; I just want to see if I can master the thing. On Wednesday I plan to test it with the built-in LED lights. I’ll report back on my work there.

Stay tuned for more about this curious lens.