I’m not making this up.

Three years ago I was looking at my roll sheet for my Introduction to Graphic Communication course at Cal Poly. About a third of the way down the list I stopped at the name Lauren Ipsen, and could hardly believe my eyes. Was it possible that I was about to meet the person responsible for the automatically-generated text we get in page layout programs when we insert placeholder text?

This is Lauren Ipsen. Really.

Lauren, a student in her third-year in the Graphic Communication department, is the living, breathing human who has the authentic name that is almost the same as the text that is generated by InDesign and other page layout programs.

The recent update of Adobe Illustrator changed the text tool so that when one clicks with the text tool icon on a page, Lauren’s name is placed on the screen. This is an improvement in Illustrator that was added to prevent people from leaving text anchor points unused in their Illustrator documents. I like the new feature mostly because it puts Lauren’s name on my screen.

Ms. Ipsen is a native of Walnut Creek, California, and is hoping to graduate in 2018, though she may spend a little longer in the program while she takes classes in journalism to learn more about television. She is also hoping to get an internship in the television industry this summer.

Lauren has been studying graphic arts processes and learning about typography, web site design and all of the printing processes we teach. She spent the fall quarter studying in Florence, Italy. Now she’s back in the thick of flexography and offset printing presses, and learning a lot.

On the topic of Lorem Ipsum, Lauren is both amused and flattered by the association. She rather enjoys having a name that is nearly synonymous with placeholder text. 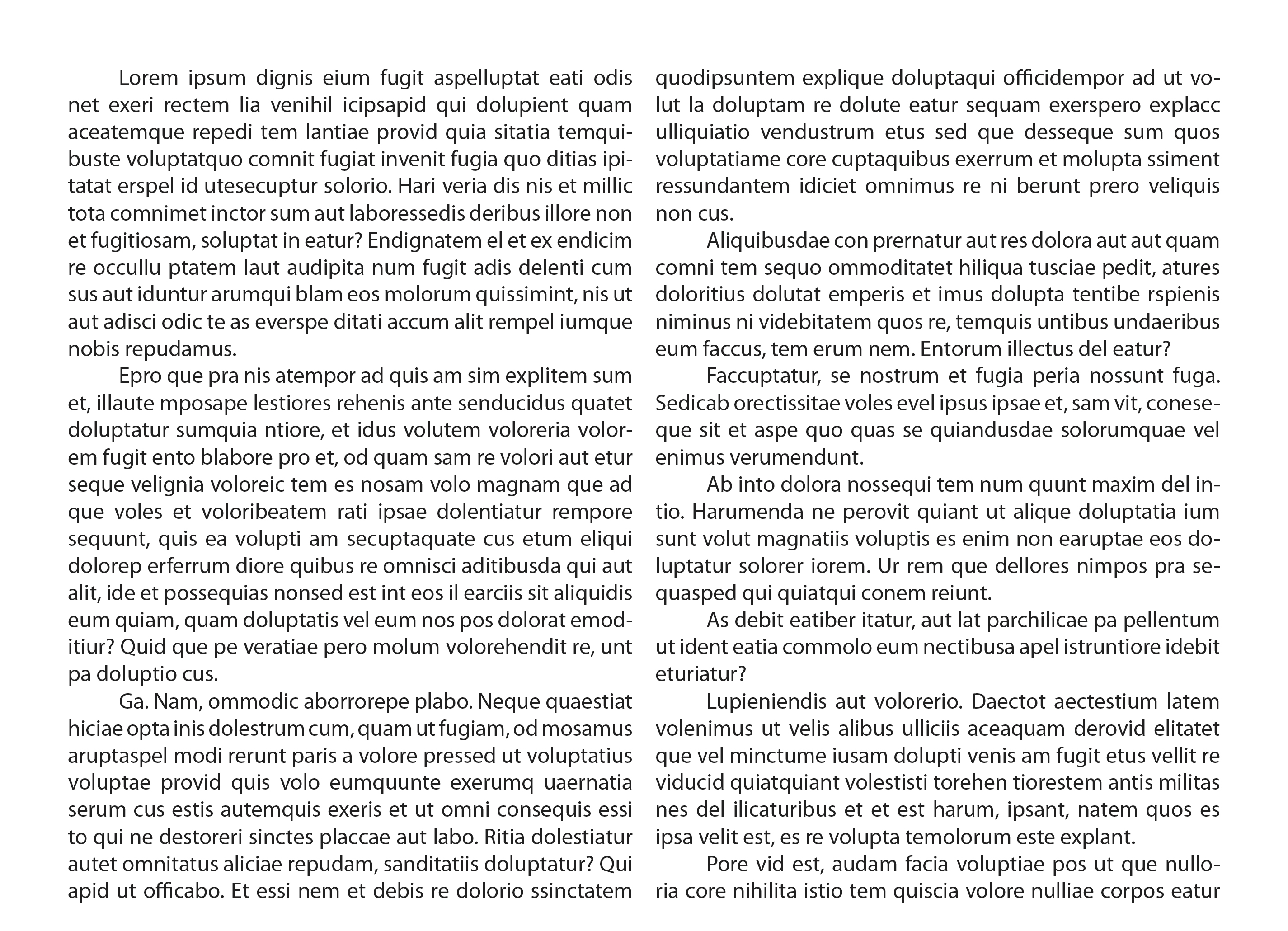 This is a sample of “Greeking” – placeholder text inserted into a document when you are designing pages but don’t yet have the real copy. Pagemaker, the first page layout program, inserted this kind of gibberish, always beginning with the words “Lorem Ipsum.” QuarkXPress offered this as well as filler text in Klingon.

Apparently it comes from Cicero, and according to the site, it has been used as filler text for centuries. The modern implementation of it, which first appeared in Aldus Pagemaker (grandparent of today’s InDesign) which would fill any space with the almost-nonsense pseudo-Latin text.

In my youth, we described such nonsense text as “Greeking.” We should probably have been referring to it as “Latining.”

Here is a citation from loremipsum.de about the common text (with some editing by me):

In design magazine, Before and After Magazine, a journalist [John McWade] wrote in volume 4, number 2 the following:

After telling everyone that Lorem ipsum, the nonsensical text that comes with PageMaker, only looks like Latin but actually says nothing, I heard from Richard McClintock, publication director at the Hampden-Sydney College in Virginia, who had enlightening news:

English translation: There is no one who loves pain itself, who seeks after it and wants to have it, simply because it is pain…

De Finibus Bonorum et Malorum, written in 45 BC, is a treatise on the theory of ethics very popular in the Renaissance.

What I find remarkable is that this text has been the industry’s standard dummy text ever since someone in the 1500s took a galley of type and scrambled it to make a type specimen book; it has survived not only four centuries of letter-by-letter resetting but even the leap into electronic typesetting, essentially unchanged except for an occasional ‘ing’ or ‘y’ thrown in. It’s ironic that when the then-understood Latin was scrambled, it became as incomprehensible as Greek; the phrase ‘it’s Greek to me’ and ‘greeking’ have common semantic roots!

Today I salute Lauren, my student and friend, and I introduce you to her. She will go through her very happy life making her cheerful impression on everyone she meets. Some of them will say, “Isn’t that the stuff that InDesign puts on the page when you fill with placeholder text?”

And she will smile and tell them, perhaps, that it is actually her name that InDesign puts on the page.

Brian Lawler is an Emeritus Professor of Graphic Communication at California Polytechnic State University, San Luis Obispo and currently Guest Professor at Hochschule München. He writes about graphic arts processes and technologies for various industry publications, and on his blog, The Blognosticator.
View all posts by Brian Lawler →
This entry was posted in Education, History, Language and grammar, Typography and tagged dummy text, Greeking, Lauren Ipsen, Lorem Ipsum, placeholder text. Bookmark the permalink.