No new Nikon Scan, and Quicken is Slowen

Mr. Curmudgeon is grumpy – always. I had to replace my Nikon Scan software yesterday, and that’s OK, but it brings up a problem that happens occasionally in our “industry.”

The problem is the obsolescence of perfectly good products. I own two Nikon CoolScan scanners, a device I consider to be the best film scanner ever made. I speak with some experience here because I have owned and operated various scanners including a Crosfield 646IM system, which occupied two air-conditioned rooms at my company, and various tabletop, desktop, and portable scanners. 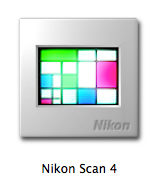 Nikon Scan, the software that was developed to run the CoolScan products, was a lovely piece of engineering. It was the first scanner software/hardware to include the Applied Science Fiction (later Kodak) ICE system that removes dust and scratches, the first to incorporate ROC – the Restoration of Color features added a couple of years later, and ultimately GEM – the Grain Enhancement and Management tools that make the Nikon scanner so amazing.

It’s been a couple of years, but Nikon dropped the CoolScan scanners from its product line, and then dropped software support for the thousands (tens of thousands? hundreds of thousands?) of existing customers who own these fine devices. They refused to rewrite or recompile the Nikon Scan software for the newest versions of Windows and Mac operating systems. The software still runs on Windows, apparently, but it won’t run on the most recent Snow Leopard upgrade, and it will absolutely not work on Mac OS Lion.

So I bought a copy of Vuescan software that runs the Nikon scanner. I should be able to survive on that for a long time. The new software cost US$80, and it appears to control all of the features of the CoolScan. So, I will survive.

What I don’t understand about Nikon (and Heidelberg a couple of years earlier) is that they had the command of a market, then just abandoned it. They dropped it like dirty laundry, leaving many people in possession of an excellent piece of hardware and no software to make it go. This isn’t good marketing, and it left me and a lot of other people awfully angry.

I know it’s moderately expensive to do so, but couldn’t they get Steve Fuchs (the chief software engineer of Nikon Scan) to recompile the Nikon Scan software for the new Intel processors and operating systems? Couldn’t they spend the time and money to keep us happy into the next generation of film conversions? Would that not make us love Nikon again, instead of being infuriated by them?

I understand that the market for high end scanners has collapsed, and that continuing to manufacture them is folly, but come on, don’t injure us and also insult us! Let us continue to use the machines we have come to love as long as possible.

And, since I am being a curmudgeon, can I give Quicken a piece of my mind? What a bunch of dopes!

I have been paying my bills with Quicken since 1987, and have become so reliant on their application that I just don’t know what I would do without it. Last June, Intuit, Quicken’s parent firm, sent us Macintosh users a Dear John letter telling us to use their useless online Quicken Essentials, or abandon ship. Sorry, you’re a Mac user. We have no plans to support you. Ever. Good bye. Go to Hell.

Or buy a Windows machine.

Then, last month, they announced that they had rewritten the software, oddly called Quicken 2007 for Macintosh Lion. It’s the same ol’ software. I bought it. It works.

But, it’s brain-dead. They somehow “forgot” how to remember the size and position of windows on the screen. So, now every time I open Quicken, I have to open, and position all of the windows where I want them to be. How do you spell “enervating?”

Why do we put up with crap software like this?

Because there is no competition? Because Quicken is the only program that both keeps track of my money, and allows me to pay bills online? Because they are the only show in town, and I can’t go anywhere else?

I get the picture. They get my animosity.

But I continue to use their brain-dead software because it works. Maybe Vuescan can write a replacement for Quicken for Macintosh.

Brian Lawler is an Emeritus Professor of Graphic Communication at California Polytechnic State University, San Luis Obispo. He writes about graphic arts processes and technologies for various industry publications, and on his blog, The Blognosticator.
View all posts by Brian Lawler →
This entry was posted in Business, Curmudgeon, Software. Bookmark the permalink.

1 Response to No new Nikon Scan, and Quicken is Slowen