Who was that Masking Man?

This blog originally appeared on What They Think on January 18, 2011

In our last episode of Masking Man, I demonstrated how I had used a duplicated channel, which I then modified with the Levels tool, to make a mask to drop a photo from its background. 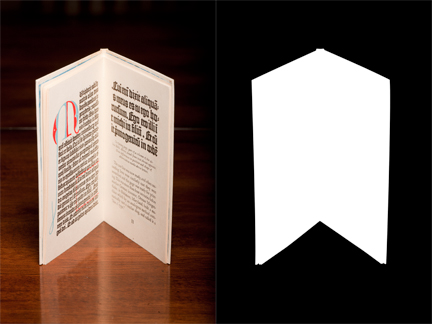 The original photo on the left is fine, but I wanted to feature the book without the background. The mask on the right allows me to remove the book from its background and replace it with another background.

Today I will demonstrate how I would mask a mechanical object from its background. I chose one of the photos of the Tommasini books (described in an earlier blog) taken on a dark wooden table. The idea is to make an image that floats on a new background (or no background at all). 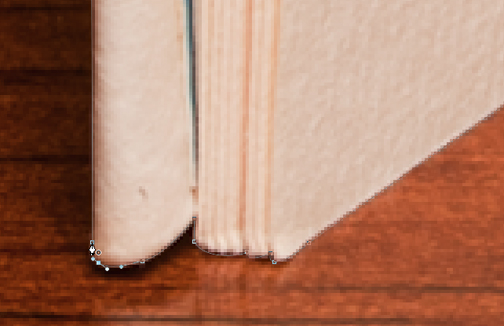 For this kind of mask I use Photoshop’s Pen tool, which behaves exactly like the Pen tool in Adobe Illustrator. I am very comfortable with Illustrator, so the introduction of the Pen in Photoshop was something that I welcomed. 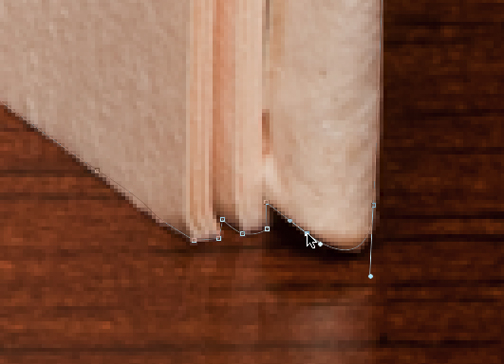 In this example, which is to mask not-quite-straight lines of the edges of a book against the background, the pen tool is perfect. Adjusting anchor points and handles allows me to follow the shapes of the book very accurately. And, since every anchor point and handle is editable, I can fuss over the points until I am perfectly happy with the resulting outline.

After drawing my path, I have created a perfect Clipping Path, usable in InDesign if I need it for a run-around or a knock-out. But in this example I want to float the book in Photoshop, substituting a gradient background for the original.

To do this, I converted the pen path into a selection, which required just a Command-Click on the path icon, and then I made a Layer Mask, which automatically dropped the background (unlock the background layer first). Adding the gradient was just a matter of making a new channel, filling it with the gradient, and sliding it below the Background (original) layer in Photoshop. 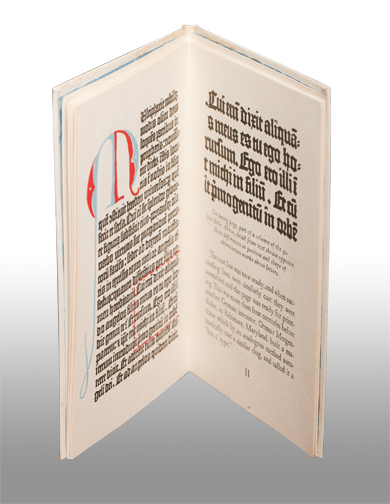 With images like these, with Layer Masks and Effects Layers, I always save the resulting file, complete with all the layers, as a Photoshop (.psd) file. TIFF will also work, but it is fast becoming obsolete (not used much these days).

As to the effectiveness of the mask, it’s clean and accurate. Choosing the correct background will make the photo exactly what I had in mind when I started the project.

Brian Lawler is an Emeritus Professor of Graphic Communication at California Polytechnic State University, San Luis Obispo. He writes about graphic arts processes and technologies for various industry publications, and on his blog, The Blognosticator.
View all posts by Brian Lawler →
This entry was posted in Photography. Bookmark the permalink.