In the pre-halftone era (printing before the 20th century), illustrations printed by letterpress (relief printing) were made by engraving into wood or copper to make an image. It was a laborious task, and the quality was determined by the skills of the artisan who made the engraving. This process is distinctly different from hand engraving a copper plate for printing by intaglio (where the image to be printed is engraved into the plate).

The engraving process done with wood blocks – dating back many centuries – is one of carving the non-image areas of a block of wood while leaving behind the wood for the printing surface. 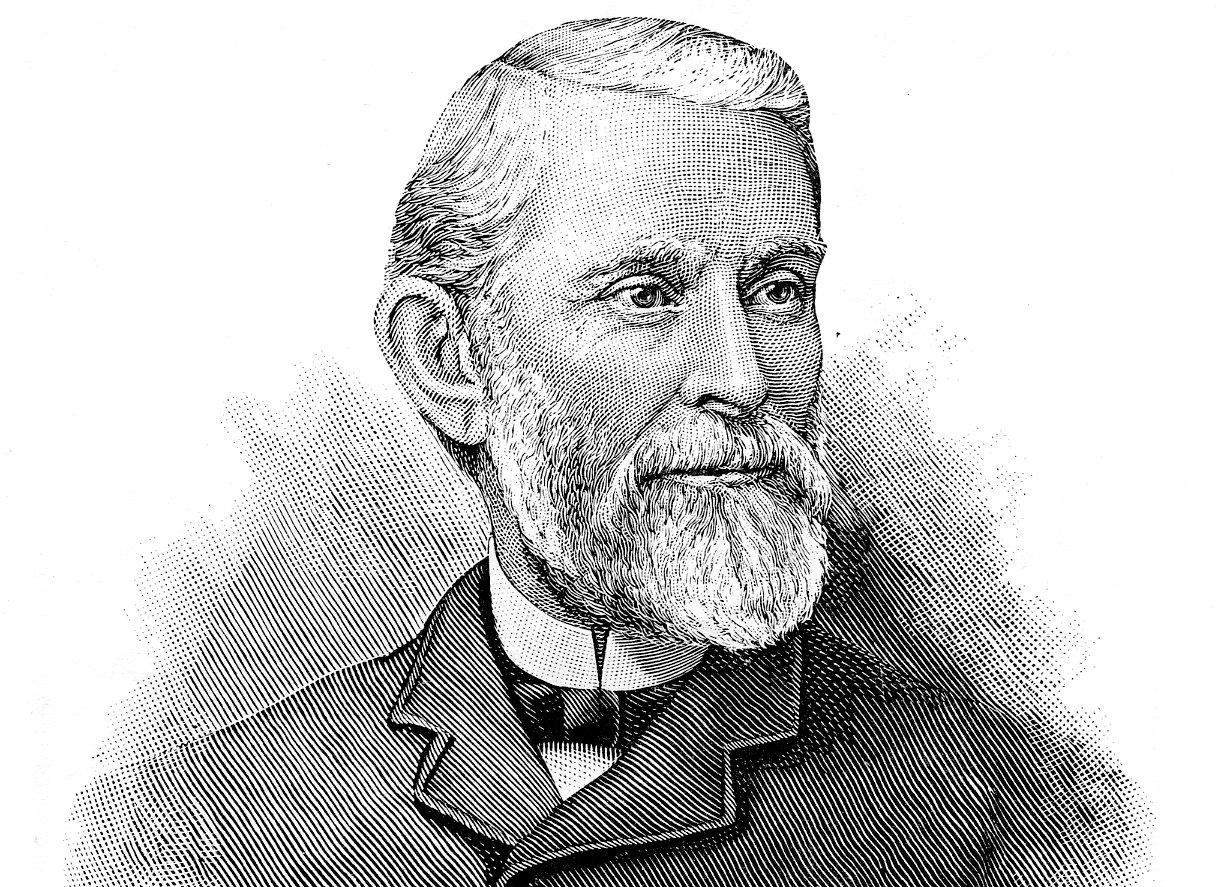 This image of the famous typographer A. P. Luse was published in the Inland Printer in February, 1891. The illustration is typical of copper engravings of the day. Reproduced here for online viewing, it is just 144 pixels per inch. For it to be printed adequately that resolution should be as high as 2,400 pixels per inch. Click on the image to see a larger version with more detail.

With copper engraving, which became popular in the second half of the 19th century, the process was to paint a sheet of copper with a coating of asphaltum, a derivative of coal tar. When the asphaltum was dry, the artist would scratch through the asphaltum to reveal the copper surface. The artwork had to be drawn in reverse, with the non-image area revealed, and the artwork area protected by the dry asphaltum. The artist could make mistakes while working this way, and retouch those mistakes with a small brush, adding more asphaltum. In the end, only the copper non-image area would be exposed.

When the illustration was completed, a solution of hydrochloric acid was poured over surface of the copper plate (the back of the plate was also masked), and the plate was agitated in the acid solution until the exposed copper areas were etched away by the acid, making them deeper than the surface covered by the asphaltum resist. 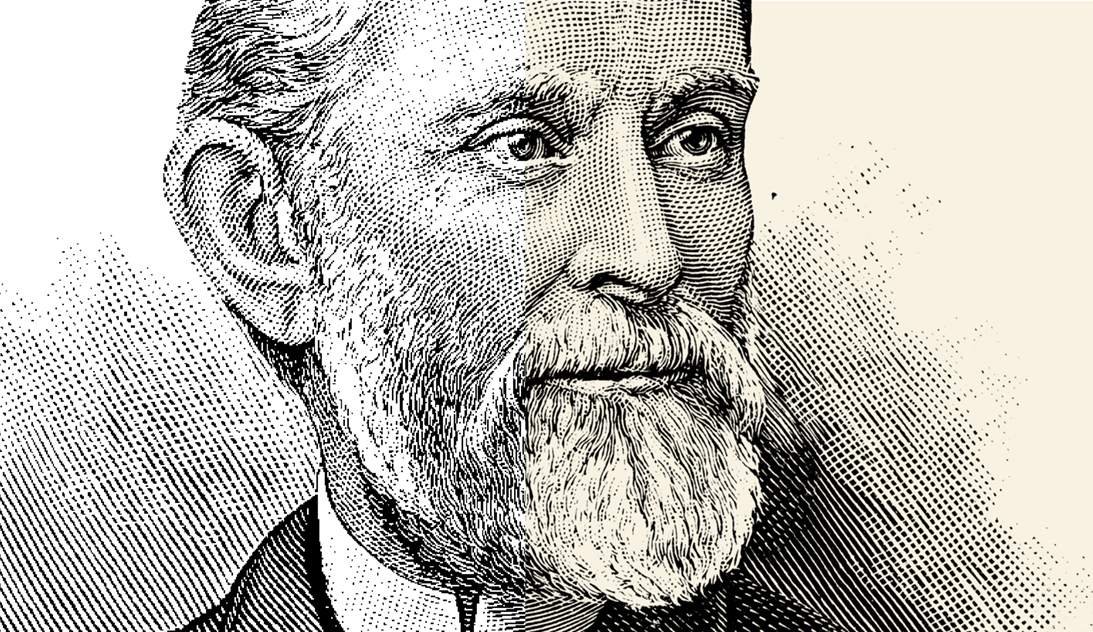 The artist then removed the asphaltum with a solvent like benzene or paint thinner, leaving the image raised, and the non-image area etched away below it. This plate was then mounted on a wooden base of a thickness to create a type-high (0.918 in.) plate for relief printing. The plate could be mounted with type and other materials to make a printing job with an illustration in-place. 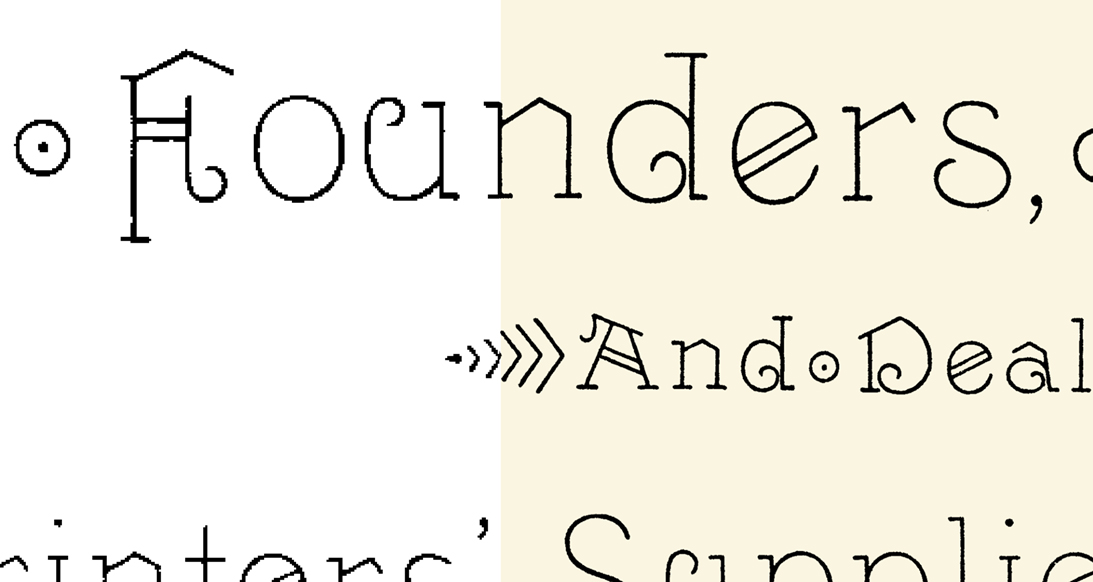 Resolution differences are especially visible when reproducing fine lines – like type. On the left the scan was made at 300 ppi while on the right it was made at 2,400 ppi. This is typically the problem with scanning line art at too low a resolution. Click on the image to see a larger version with more detail.

Copper engravers used a variety of tools to scratch their images into the asphaltum, with some of the more popular being a series of blades that were used to draw parallel lines in the resist. In copper engravings of the late 19th century, these thin lines provided tonality and detail in the image.

Since printing was (and still is) a binary process – ink or no ink – the entire image printed as black, and the delicate line patterns and cross-hatching created the illusion of tonality in the image.

With the invention of the photographic halftone in 1878 by Frederic Ives, the art of illustration engraving using this technique began to fade. It was henceforth possible to photochemically create and then print actual photographs by relief printing. The need for these elegant engraved copper illustrations was gone.

The legacy of copper engravings is tremendous, with beautifully printed books, and collections of the original printing plates still in existence. Thumb through any early edition of The Inland Printer, or any of the 19th century Penrose annuals of printing, and you will see hundreds of illustrations and advertisements made with beautiful engraved illustrations. These illustrations reproduce very nicely with a photographic negative made from the printed page using lithographic film and a process camera.

But in the era of scanning, we have lost something that was easy to do with litho film and traditional (analog) printing plates for offset printing. Line art in the 1970s was easy to reproduce. Today it is very difficult to do. In the next few blogs I will discuss techniques for making the best possible line illustrations for both digital (toner and ink-jet) and offset printing. 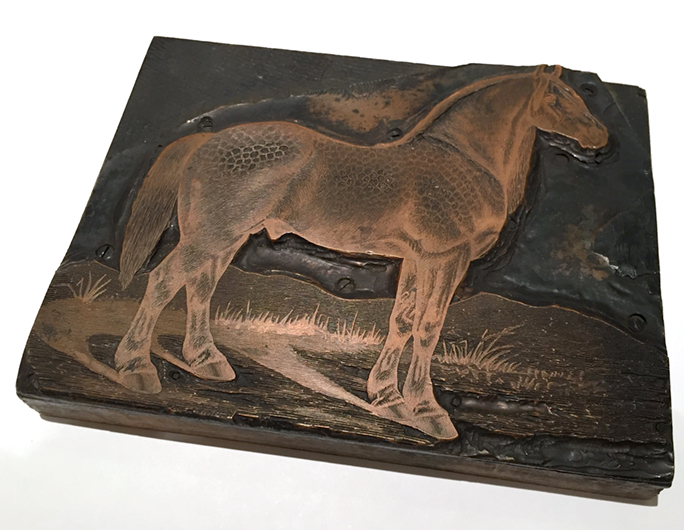 This is a copper engraved illustration mounted on a block of hardwood. This image is from the collection of the Shakespeare Press Museum at California Polytechnic State University. We don’t know the provenance of this engraving. It’s likely more than 100 years old. This could also have been a mass-produced plate. It’s impossible to know.

One of a thousand reasons to get this right
It’s often said that to scan line art (usually a business card that must be converted to digital form) one should scan that card at 1,000 ppi. Though this is usually adequate for the typical awful business card, it falls way short of being acceptable for a quality reproduction of 19th century copper engravings. For that we need much more resolution – as much as 2,400 ppi.

I have conducted a series of tests on this, going all the way from the original to an offset sheet printed on a Heidelberg press. Microscopic analysis shows the results of my tests. I have learned a lot, and will show the results in the coming blogs.

We’re not making halftones!
In fact, to reproduce line art effectively, you want to avoid allowing any illustration to become a halftone. The halftone process, where tones are reduced to various size dots, is destructive to copper engravings. It results in severe damage to the fine lines that are the very essence of these illustrations. Curiously, there is just one file format that supports line engravings and prevents them from being converted to halftones – BMP. That format, called Bitmap, supports the reproduction of line art at any resolution.

Most desktop scanners have enough resolution to capably scan a line engraving at high enough resolution for excellent reproduction. Scanning at high resolution is a slow process, but it’s important to maintain the quality we need for acceptable reproduction. Scanners convert line art into raster art, converting a work of analog art into the same image broken up into a grid of pixels. The secret is to scan enough of those pixels to disguise the digitization process and print the original faithfully.

In the coming days I will post a second story about how to get the best quality reproduction of line art using digital technologies.