Why shoot one photo when nine will be better?

I started shooting panoramic photos way back in the 1970s. I used a rented film camera called a Hulcherama. That was quite an impressive camera. It shot on 220 film, which rolled through the camera as the camera turned. It had a fixed 38mm lens, making it very wide for that format. The results were gorgeous.

This is a single-shot photo taken with the Canon 5D Mark III camera and a Canon 16-35mm lens at 35mm focal length. It’s a practical photo for printed materials, but it suffers from noise and limited resolution, both of which are visible when you enlarge the image.

This is approximately the same image, shot on the same camera with a lens set at 105mm focal length, and nine images to make a stitched panoramic image (see below).

When Apple first developed the QuickTime VR software, which in its first version had no user interface at all (it was driven by a command-line), they hired me to take the new software on a tour of India to introduce it to that market. It was fun, but it was difficult because I was shooting with a Nikon film camera. I shot 35mm Kodak Gold negative film. Once exposed, I had to get it processed, and once processed, I had to get it scanned so I could use it on the Macintosh. I was able to do this with the help of Apple’s local representatives in the cities I visited.

These are the nine exposures I made of the Festival Mozaic orchestra performing Mahler’s Symphony No. 4. I stitched these together using PTGUI Pro software to make a successful panoramic image.

At the time, the scans I was able to get from 35mm film were, at best, 18 MB each. This resulted in finished panoramas that were 50 to 75 MB in size. Not bad. But not that good either. It was just the best we could do at the time.

I used Apple’s software for several years until they discontinued it. Then I switched to PanoTools, by Helmut Dersch in Germany. I was, once again, without a user interface.

Several companies took his PanoTools software core and put it into commercial software products for making panoramic photos. Some were OK, none were great. I forged ahead.

My cameras and my techniques changed from film to digital fairly early. I got a Nikon D1 digital camera (7.6 Mp), then a D1x digital camera. To say that digital cameras changed my life is an exaggeration. They did, but it was a slow conversion. I needed to learn how digital worked, and the software needed to grow up at the same time. I remember when I was doing a photo assignment for Boys’ Life Magazine. They required me to submit my photos in camera Raw, which I had never done. Back then, Adobe charged an additional $99 for the Camera Raw filter software. I spent the money, then spent a few harried days trying to figure out what it meant. Why did I need to use Camera Raw? What were the benefits.

Once I figured that out, I learned that Camera Raw is a gift to the photographic community. I will never shoot in JPEG again (except on my iPhone where I have no choice). I started to use Raw (most people put it in ALL CAPS, but it’s just a word, not an acronym) for all of my photography, and I have never regretted that decision. To this day I shoot in Raw, and I have learned how to exploit the strengths of the work flow. This has also improved my panoramas by allowing me to expand the tonality of raw images before I process them into panos. 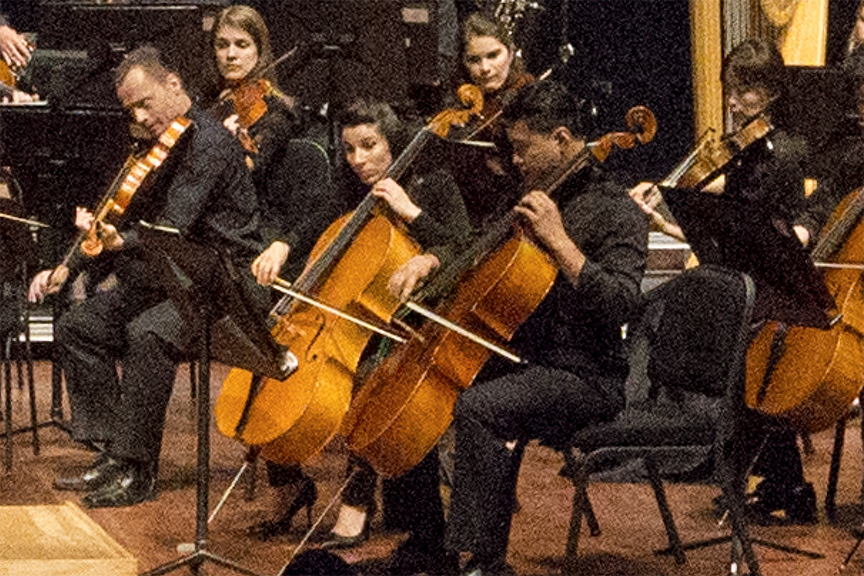 This is an enlargement of a section of the single photo I took with my Canon 5D Mark III camera and a 35mm lens. The enlargement is approximately 3X normal. 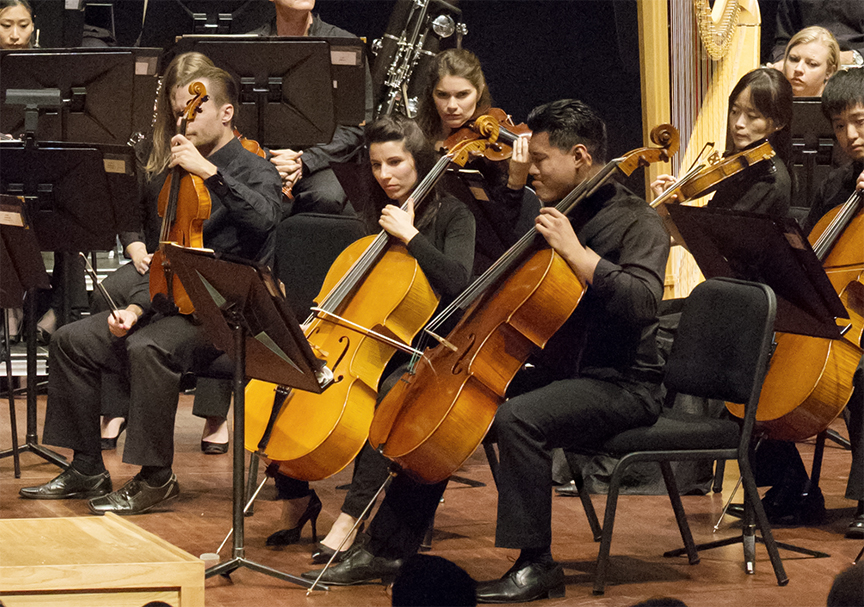 …and this is an enlargement of a similar section of my nine-shot panoramic image. Both have the same ISO of 10000. The benefits of the larger image are overall detail and freedom from noise (though they actually have the same amount of noise-per-image).

Years ago I was told by a friend that he enjoyed using a new program called PTGUI. It has a weird name, but it works well, he assured me (It stands for Panorama Tools [with a] Graphical User Interface). I think the first version used the Helmut Dersch software as its core for processing images into panoramas. I bought a copy for about US$100, and started using it. I like it a lot, and I have stuck with it over the years. The latest version, 10.0.13 is spectacular, having been upgraded over the years to work better and faster – and I don’t know if the original PanoTools core is still in there. Today’s PTGUI Pro uses the GPU on your computer if it finds one, and that makes an incredible experience for the old pano-maker in me. When stitching a panorama this past week, PTGUI processed the final image in about 35 seconds. This is hundreds of times faster than it once was, and for that I am grateful.

When shooting panos I use a home-made pano mount that I put on top of a tripod. I am careful to position it correctly and to shoot as accurately as I can to get my images overlapped adequately and accurately. This makes PTGUI’s work easier, and makes stitching a panorama much more efficient. But, even if I don’t use a tripod, and just hand-hold a multi-frame panorama, PTGUI will stitch it effectively. The program has gotten so good that it almost doesn’t matter what you put in fron of it. It will find related images and stitch them into a whole.

This shows three images superimposed on top of each other to demonstrate the degree of overlap that I apply when I am shooting such a panoramic image. The left image is outlined in yellow, the right-most image is outlined in blue. Notice that the two overlaps cross each other. PTGUI Pro software considers only the two images that it is processing at one time, so the overlap of the previous two images is not of concern.

Last Saturday afternoon I was photographing the Festival Mozaic Orchestra performing Mahler at the Performing Arts Center on the Cal Poly Campus. I thought: Why not make a panorama or two while I am here?

I have done this before with success, and it’s reasonably easy. The difficult part is getting all of the members of the orchestra in the photo without errors between frames. Even when errors occur, though, it’s easy enough to fix them in Photoshop using one of the original images and cutting and pasting a head (and instrument) back in on top of the error.

I use a tripod with the camera mounted vertically. I was shooting with a Canon 100-400 lens zoomed to 105mm. When I shoot these ad hoc panoramas I don’t have a mount that indexes for me. I simply pick something in the image, about one-third in from the right of the current frame, then mover horizontally to the right until that thing is one-third in from the left. This is far more overlap than is normal. PTGUI works best when it has at least 20 percent overlap between images. These were more like 60 percent, and that does no harm.

With PTGUI’s extraordinary speed, the stitching process takes only seconds, and the results are exceptional. This image took less than 15 seconds to process. (I remember demonstrating the original QuickTime VR software taking up to 20 minutes to do this back in 1996.)

The result is an excellent image, one with roughly three times the resolution of a single frame, and one with the benefit of a telephoto lens to enhance the images of the players in the orchestra.