What started three and a half years ago on July 26, 2011 has now reached a major milestone in blogging for the graphic arts. The Blognosticator has reached and exceed the 100,000 reader mark. 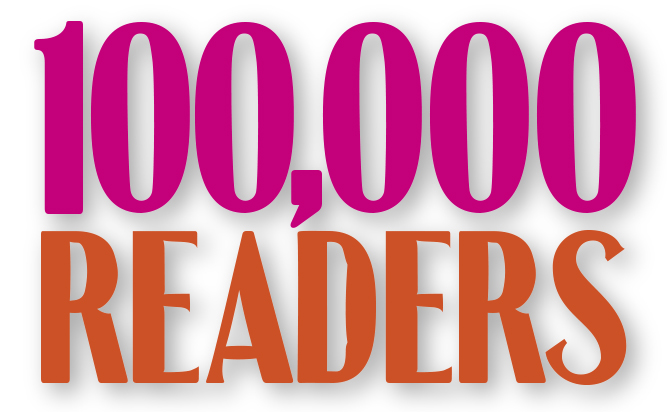 I started this blog after three-plus years writing a similar blog for the late Graphic Arts Monthly magazine.

When they abruptly went out of business I wrote the Blognosticator for What They Think for a few months, and then took it private, as they say of projects that don’t do well in the bigger arena of publishing.

I have always maintained my independence, without sponsors (though I have courted one, unsuccessfully), and have maintained a good sense of editorial independence. I call a foul when I see one, and I get all Curmudgeonly occasionally when Mr. Curmudgeon takes his hand at the blog. But recently I haven’t been too curmudgeonly. It is only good news of late.

I have some projects in the works: First, I bought an amazing new Mac Pro cylinder computer, and have now successfully migrated to that machine. Friday afternoon I cut the cord to the old machine when a local mail order house had a failure of a similar aluminum Mac Pro tower.

Our common denominator was the local independent Apple dealer, MacSuperstore. The owner of that company, my good friend Shane Williams, sent me a text and asked if I could part with the old machine to save the company after a momentary power-outage caused something to fry in their older Mac Pro. Within minutes I had pulled the plugs from the back of the machine, removed the four internal hard drives (I’m keeping those for a while longer), and personally delivered it across town to the warehouse where it was needed. My new Mac is very quick, and I have learned a lot in the few weeks that I have owned it. More on that soon!

My other new project is a new Canon 5D Mark III camera, which jumped out of our local photo store and into my hands on Friday afternoon. I have been shooting with a Canon 1ds Mark III camera for about five years (long enough that Canon no longer makes that model).

The new camera has a slightly higher resolution sensor resolution, it has much more advanced analog-to-digital chips inside, and it has the ability to shoot in low light, where the older camera can’t do that so well. I will be testing that (I know it has been done, but I want to do it myself) and reporting on my findings.

And, there is progress on my until-recently stalled new book on graphic arts processes. That, which I started three years ago, will be coming back into the headlines soon. Watch for more on that in the coming weeks and months.

In the meantime, thank you for making up one of my over-100,000 readers. It’s a pleasure to have you with me.