Everyone loves Chinese food, especially take-out, where you can carry it home, and eat it around the table while chatting with friends and family.

I brought some home the other evening, and while slurping on some soup, I started studying Illustrator’s new corners tool. Interesting (slurp), curious! (slurp). I found myself thinking that it has been quite a while since any new tools came out in Illustrator. And, I like this one.

Chinese food boxes are like one of those wonderful Chinese wooden puzzle boxes. I looked at mine, and tried to figure out how it is made to hold liquids without leaking, and how it’s folded to complete the take-away requirements of a food package. (slurp) So, I finished my soup and cleaned the box out, then broke it open (just two glue points!) (slurp!). 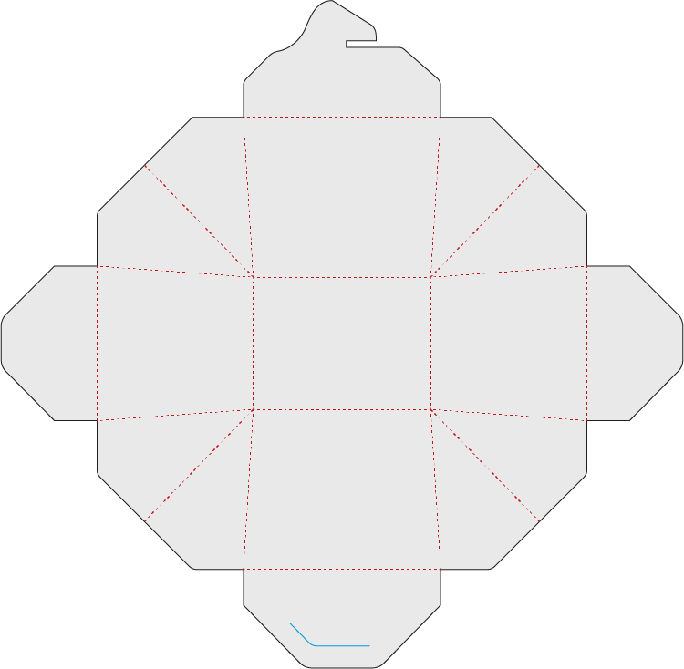 This is the die-line for the Chinese food carton. The dotted red lines are creases, and the blue line is the cut line for the notch to slide into when folded. Notice that the sides are tapered.

Changing cultures for a moment, the Chinese food box is an example of excellence in Origami folding. It’s all made from one piece of folding board, coated with a polyethylene surface to make it water-proof. These boxes are typically printed with red ink, “Good Luck!” printed on the face (mine says “Happiness”). Once they are printed, they are die-cut and scored. The concertina folds complete the construction. It’s really simple. Except that it’s not that simple. 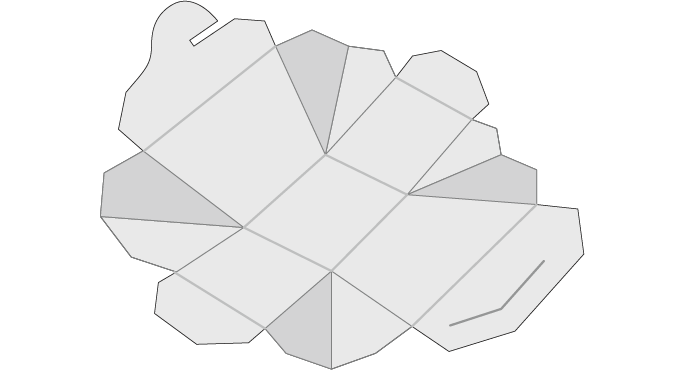 With the creased box on its way to being made into a carry-out container, it’s easy to see how complex a cutting and folding process this is.

Who thought it up? Who has the patent on Chinese food boxes? I did a quick Google patent search and found one Canadian patent for a folding carton that sounds similar to the one I was dissecting. I’m sure that I can find more if I try. The box I was studying has no patent number or claim printed on it.

It could be that the Chinese food box has been around too long, and has become so common, that it’s considered un-patentable in the U.S.

While I was drawing the box, and considering its many folds and creases, I received an update to Illustrator CC. Among its several new tools is a round corner tool that is really nice. After creating any angular intersection of lines, it’s possible now to create rounded corners using a technique of clicking and dragging on new circular targets that are created by Illustrator.

One can round one corner of a polygon, or round all of them simultaneously. It’s delightfully clever. It also allows for three different styles of corners. The first is a standard round corner, the second is an inverse round corner (one that curves inward), while the third is a chamfer, an angular corner that (curiously) has curve control handles. 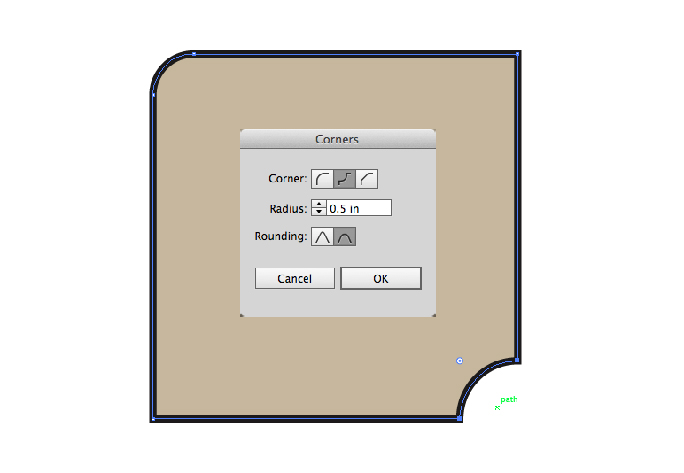 This is a rectangle I drew to demonstrate the Corners tool in Illustrator CC. Upper-left is a .5 round corner. Lower-right is a .5 in. inverted round corner. One can also select absolute or relative control over the corner calculation – a feature I have not explored yet.

I used the round corners function while drawing these various illustrations of the Chinese food box. In my final drawing, many of the corners are rounded, while others are strict angles, dictated by the ease-of-use intended for the carton. 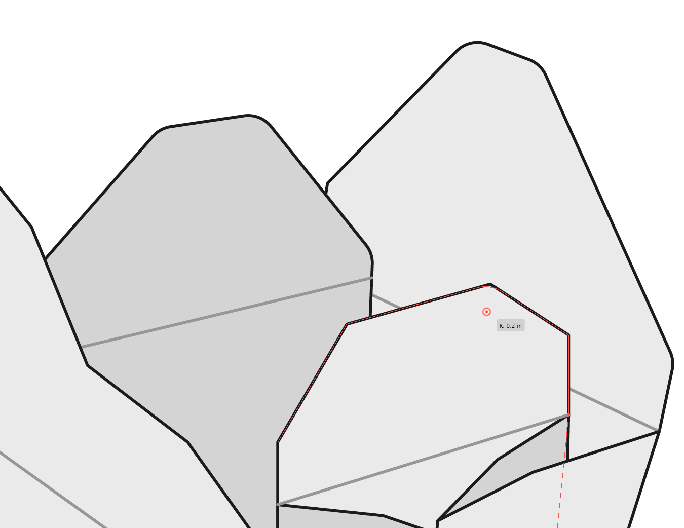 The little red dot is the control for the new Corners tool. By clicking and pulling on it, the angular intersection is converted into a curved corner. The tiny dialog adjacent to it is the radius in numbers. If you select more than one corner you can change several corners to round corners simultaneously.

I am pleased that Adobe added these functions to Illustrator, as that program has gone a long time since the last useful addition.

Now, if they could just fix the Save As function to include a pull-down to save in the latest format, instead of putting that obnoxious and totally unhelpful dialog about saving in a legacy format, blah… blah… blah.