While participating in the ICC Symposium in Hong Kong this week I had a chance to visit and tour the Hong Kong Design Institute, a public post-secondary institution devoted to graphic arts, graphic design, interior design and industrial design.

The facility is housed in a beautiful US$155 million building in eastern Kowloon, and it has what is probably the second-longest escalator in the world, at seven stories tall (see my separate blog about this earlier in the week). 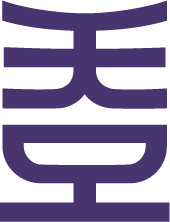 HKDI, as it’s known to those who attend, offers courses in video production, animation, graphic design, photography, and much more in the fields of the visual and practical arts. It was in the Institute’s large auditorium that we held the ICC Symposium this week.

Being an instructor of things graphic, and a student of logo design, among other topics, the HKDI log caught my eye. It appears to be a single Chinese ideograph, with the words of the Institute adjacent to that character in English. The font appears to be Circula Bold (though I may not have identified it correctly). Under the lettering are eight additional Chinese characters, the meaning of these I do not know (I will post their translation here later).

What really impresses me about this logo is the way the letters HDKI are turned on their sides and make a readable Chinese ideograph. That symbol, I was told while there, is actually two Chinese ideographs, the one on the bottom meaning “from the ground up” and the one on the top meaning “to the sky.” So, the combined approximate translation of the Chinese is “from the ground to the sky.” That translation is very meaningful in Chinese, and the same symbols make up the letters HKDI.

The logo is the work of Danish graphic designer Karsten Skjoldhoej, whose design firm is called designmind.

This is the kind of work that makes a visual difference; its thoughtful graphic quality and its visual double entent are very appealing.