I occasionally find myself walking down a street of booths at a farmer’s market or a community fair. I attended one a week ago in Clovis, California. There were all the usual vendors – kettle corn, corn dogs, frozen lemonade, churros, and more. There were also a few strange ones – a group of people asking for signatures on a petition to impeach President Obama (their grounds for impeachment fell far short of those proscribed by the Constitution). Bottom line: they don’t like him. 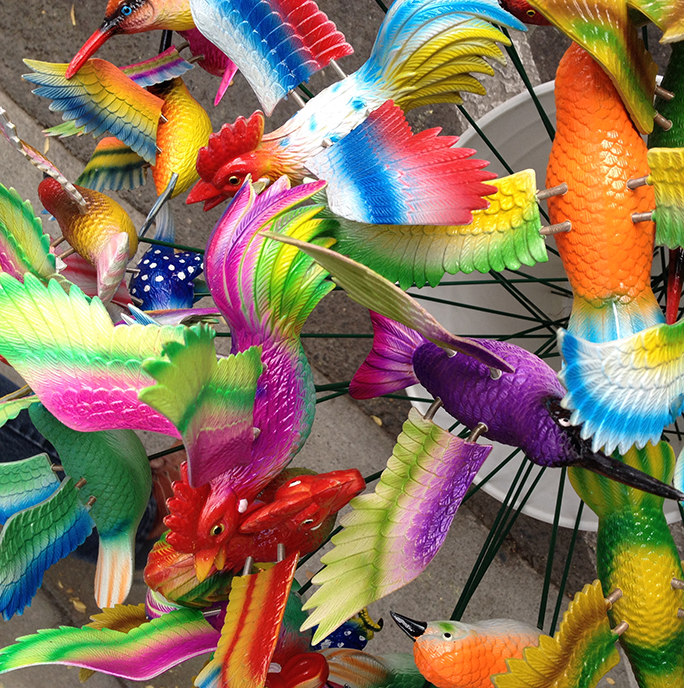 At the fair there were vendors of tacky wall art, calendars, wood-burning, etc., et cetera. And various vendors (I think they were all selling for the same company, though in separate booths) with plastic oddities one could vaguely call “décor.” These included pretty plastic birds, frogs, butterflies and pinwheels. My wife bought one of the birds to give to a bird-lover friend. I bought some frozen lemonade for a lemonade-lover (me).

As we walked with friends along this chorus line of mostly useless stuff, I thought about a photo assignment. I decided to entitle it “textures” and to take photos that captured the textures of the community fair. The colors and variety were resplendent, the sheer number of booths was exhausting. The photo opportunities were many. 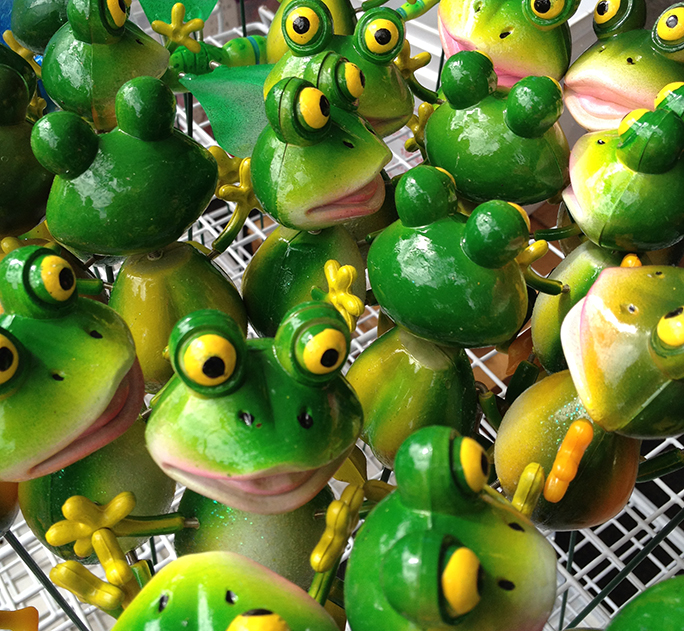 What’s fun about textures is that individual objects disappear, replaced by the textural qualities of a mass of objects. Birds become a sea of color and iridescence, plastic frogs are not just frogs, they are a jungle of colors. To me it’s like the effect of halftone dots – up close they are dots, but when viewed from a distance they become an image. It’s one of the most masterful illusions! 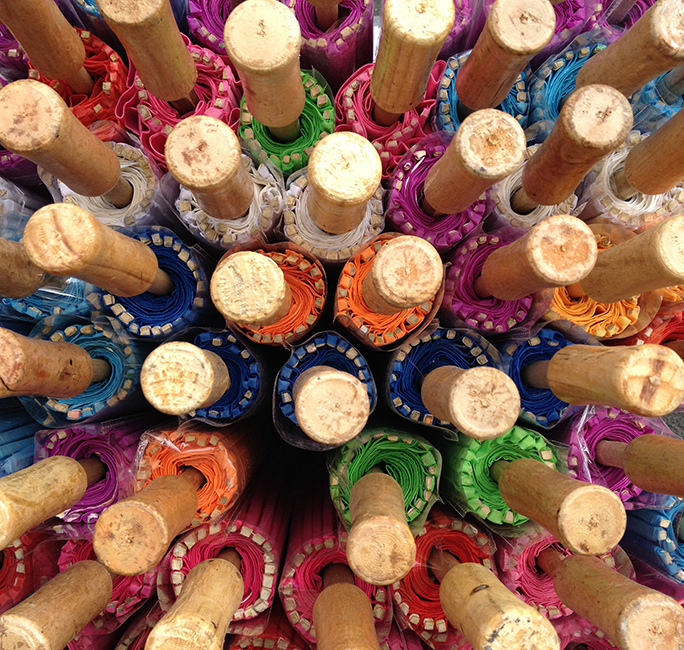 At one booth I was about to take a photo of stacks of hats when the vendor shouted at me, “No photos!” I asked him why – they were stacks of hats for goodness’ sake – he responded that he doesn’t allow photos of his hats. Perhaps these hats were foreign-made rip-offs of hats by famous-label designers and he didn’t want me to gather evidence of his theft of intellectual property. Perhaps his hats contained terrorist messages in the patterns of the herringbone fabric that he didn’t want me to capture (I watched an episode of Homeland last night). I walked away hat-photo-less. I moved on to the umbrella vendor who didn’t seem to care if I photographed her umbrellae. 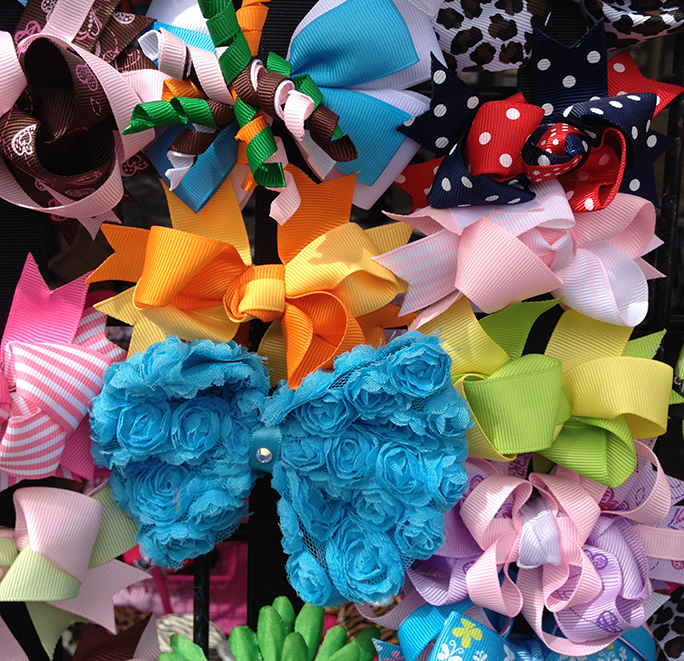 I got some nice images, and it made the festival even more interesting for me. On Thursday evening I plan to go to the local farmer’s market to photograph beets and carrots and avocados. Those textures will make interesting photos for another blog on another day.

Brian Lawler is a Professor of Graphic Communication at California Polytechnic State University, San Luis Obispo. He writes about graphic arts processes and technologies for various industry publications, and on his blog, The Blognosticator.
View all posts by Brian Lawler →
This entry was posted in Adventures, Photography and tagged colors, country fair, gifts, textural photography, textures. Bookmark the permalink.