I’ve not blogged in quite a while, for which I apologize to my faithful readers. It wasn’t that I didn’t have anything going on. It was that I had writer’s blog. I couldn’t come up with anything to say about what I was doing.

What’s been going on?

I rewired the Model 31 Linotype in Cal Poly’s Shaksepeare Press Museum. It’s a 1941 machine that was provided to us on a very long-term loan from History San Jose. I drove to San Jose and retrieved it last June, and I moved it into the museum in January after taking an older – 1905 – Linotype machine out (among other adjustments). The museum is small – about 2000 square feet, and we have too many presses, too many drawers of type, and too many things biting at our ankles – an old mimeograph machine, small presses, slug cutters, and a variety of stuff that we just can’t find a home for. 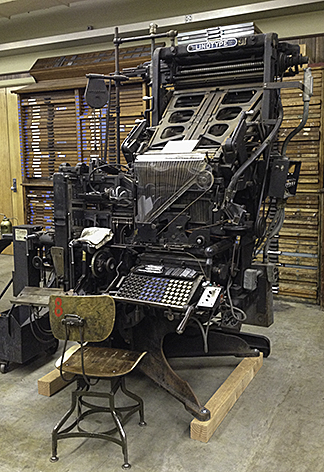 This is the “new” Linotype Model 31 in Cal Poly’s Shakespeare Press Museum. The machine was built in 1931, and was running just one year ago in San Jose. Power is being brought in to run the machine, something I hope to announce soon.

The Linotype was running in San Jose, and I trucked it here with the intention of making it run here. On that front I have made some progress. Electricity is not easy to find in the museum, so I’m paying several thousand dollars to the Cal Poly electricians to bring 120 amps of power to the ceiling above the machine. So far, the conduit is in, but there are no wires in the conduit. 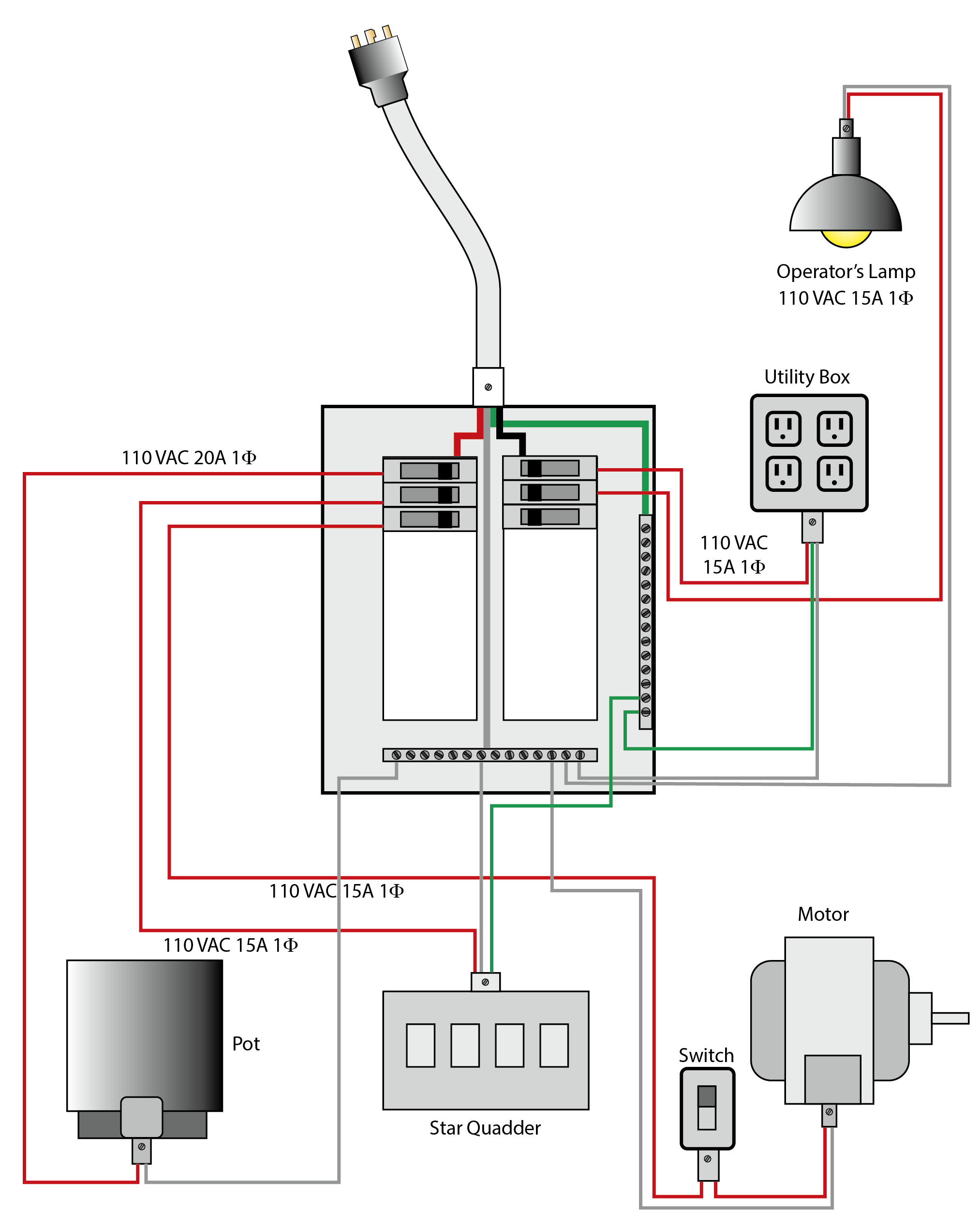 This is my wiring schematic for the Model 31 Linotype. I added ground wires where possible (the machine was built before grounding was required). Those components which are not separately grounded are solidly connected to the steel frame of the machine, which is.

On the Linotype end of the project, I realized that I would have to completely rewire the machine. It had a beat-up 3-phase electric box mounted to the back of the machine, and there was no cover, allowing exposed conductors to be within reach of people. That, of course, is dangerous. I bought a Square-D 125 Amp Load Center and wired it as a subpanel with brand new breakers and a proper ground bus, and then I replaced the motor switch and wiring, and the rest of the machine is now wired to-code (mostly). 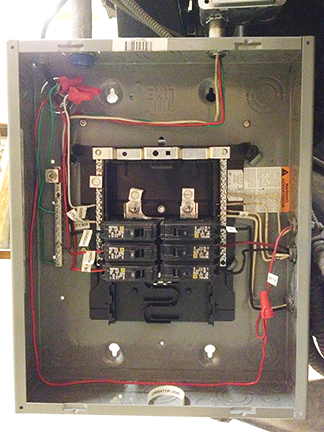 This is the fully-wired subpanel. The breakers control power to each of the circuits of the machine including the pot, the motor, and the Star Quadder, an add-on electro-hydraulic device that was added to the machine to control flush justification of lines of type.

When it’s finished, there will be a cover on the subpanel, and all of the wires will be inside a cabinet or a conduit. This will be much better. Now all I need is the electric service, and a little help from one or more of my Lino-centric friends to get the machine running again. I found a 1940 edition of the Linotype manual, and I have been reading that. It’s surprisingly clear and extraordinarily well illustrated. I have learned a lot in reading that manual.

I remember reading the same book when I was an undergrad at Cal Poly in the early 1970s. It was a textbook for a series of classes that we were required to take: Linotype Maintenance 1, 2 and 3. I wish I remembered more of this, but it has been a while since I have operated – or maintained – a Linotype machine.

I am very proud of my electrical work on the machine. I hope that Ottmar Mergenthaler approves of my “modernization” of his machine.

As I get closer to getting it running, I will report about that on this blog. In the meantime, I’ll be studying my Linotype manual.

5 Responses to Rewiring the Linotype machine